Recollections of an Old (but young at heart) Oswestrian, circa 1952 - EPISODE 49, MY FINAL WEEKS AT OSWESTRY SCHOOL WITH A BAND OF BROTHERS

As I approach episode fifty, which will be the last of my weekly recollections of life at Oswestry School in the fifties, I feel it would be fitting to return to the summer of 1960, and my Diary, in which I noted down events as they were unfolding during my final days as a pupil in a school which was slowly descending into a state of anarchy.

The calm exterior of this old building concealed within its walls a brooding host of boys who were very unhappy with their Headmaster and excerpts from my Diary reveal the rebellious atmosphere in the school. I had a feeling of foreboding at the time that, sooner or later, matters would come to a head, as indeed they did the following year in the summer of 1961.

Slowly but surely, Mr Frankland was losing his grip on discipline and one of the flash points came on Valentine's Day when he, and his equally unpopular Matron, received several unflattering cards from pupils and a member of staff. This was exacerbated by damage being done to school property and one of the Masters cars having its tyres slashed. The assistant matron had confided in me that she was fed up and had finally handed in her notice.

By July all bets were off and we were more or less doing just as we pleased. Exams were over and we would soon be passing LAST  DAY, like the boys in this old newspaper cutting, for the final time as students. It was a moment to let our hair down, enjoy ourselves, and have a little fun before beginning our journeys into the wider world. 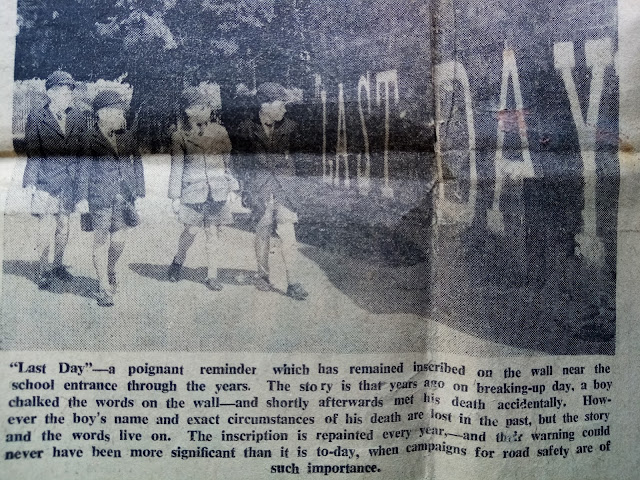 On 13 July 1960 Jack and I ended up at the cinema where we were almost thrown out for rowdy behaviour. Grevo had smuggled in several bottles of our favourite beer and we were in a happy mood!

My entry for July 1961, a year later and posted after returning for the first time as an Old Oswestrian, hints at how seriously things had deteriorated by this point. Looking back now some of the remarks made in my Diary during 1960 seem to have been almost prophetic.

A planned demonstration through the town in 1961 calling for the resignation of Mr Frankland was abandoned when Edward Goff suffered very serious eye injuries during a laboratory experiment which resulted in the loss of one of his eyes.

Just a few days afterwards on 16 July 1960 a number of noticeboard photographs of Mr Frankland taken on Speech Day were badly mutilated and, not surprisingly, the Headmaster was furious to the extent that expulsions were threatened and reprisals taken. Six days later a photograph of the 1st XI, which included Mr Frankland as a guest player, was given the same treatment and my picture was taken down and confiscated. I went to see him about it the day before leaving school and he returned it to me without saying a word.

I do recall arriving back at school after going to a dance at The Victoria Rooms with several girlfriends only to discover that our escapade had been rumbled by Frankland who was looking for us. My brother was waiting for me when we came sneaking back into school via the Dingle and this gave us time to concoct a couple of alibis.

The following day Stoker Lewis made us an offer we could not refuse, which seemed slightly out of character as we did not have him down as a snitch, so we went to the Old Man who said he would see us later. Nothing came of it. I have no idea what our second alibi was, but our friend and ally, George Roberts-Jones (a day boy) and his mother, must have been central to the conspiracy. The tea and cakes were delicious.

The day before leaving school at the end of the summer term I made a point of visiting 'Fattie' Felton at his home to say my goodbyes and we touched on the subject of Mr Frankland. I mused to myself that Duncan was looking tired and careworn and was not his usual ebullient self. When I got up to leave he expressed concern about the state of affairs at school and the rest, as they say, is history. When, in 1961, I heard on the grapevine that Headmaster Frankland and Oswestry School had parted company I was not at all surprised, and I was pleased to see that D G W Felton had agreed to take over the helm until the arrival of Richard Sale.

I suppose that every school as old as Oswestry will have experienced a blip or two during its history and it is good to note that it was not long before Oswestry School was back on an even keel and has since gone from strength to strength.

From time to time I am asked how we could enjoy life at boarding school during difficult periods such as the one we experienced and, to an extent, it is probably viewed looking back through rose tinted glasses. It was by no means all gloom and doom and there were many pleasurable moments. Essentially we were all in it together like a band of brothers, watching one another's backs, and I will always remember the camaraderie! 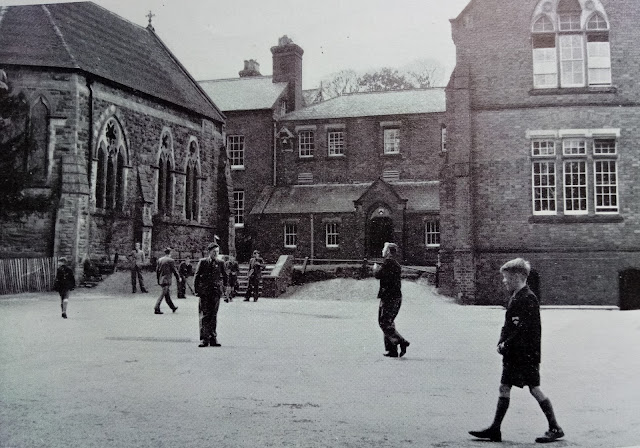 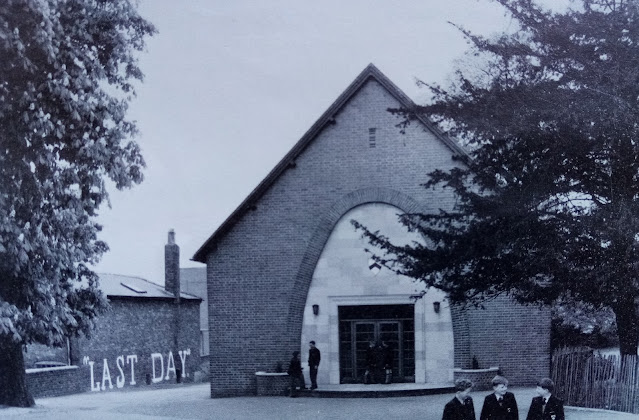